Marcel Berger - Founder & Managing Director
Marcel is the founder and CEO of Mummu Cycling. Over the past decade Marcel has designed and led groups to the largest cycling events in the world. Marcel’s expertise in cycling event management has led him to senior operational roles at the UCI, A.S.O and other major cycling organisations. Marcel’s expertise centres around operations and logistics, and his skills have propelled Mummu Cycling into one of the leading tour operators around the globe. Stuart O’Grady (OAM) - Partner & Tour Director
Stuart is a former professional cyclist. He made his professional debut for the GAN cycling team in 1995 and went on to ride for some of the biggest teams in the professional peloton including CSC, Saxo Bank and Orica GreenEDGE. He is an Olympian and Commonwealth Games Gold medallist, 17 time Tour de France contender and of course, the 2007 Paris-Roubaix winner. Stuey partnered with Mummu Cycling in January, 2017 and has since played a key role in helping achieve the Mummu Cycling difference. 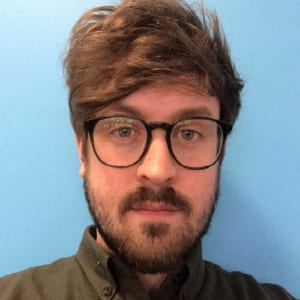 Paul Dirienzo - Accounts Manager
Paul has been with Mummu Cycling for several years and has assisted the management and delivery of cycling tours across Europe, USA and Australia. He manages all of our tour bookings and administration and ensures that your tours and our office run smoothly at all times. Emily Collins - Marketing Coordinator & Tour Guide
Emily is a former kiwi road racer currently living abroad in Europe. In 2010, Em took the plunge and began competing internationally and went on to race professionally throughout Europe and the USA between 2013-16 for Wiggle Honda and Team TIBCO. She studied Business, Marketing at Massey University and since retiring from competition has been working in this field. 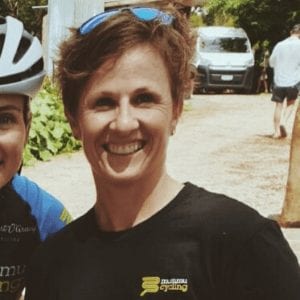 Siska Van Der Bijl - Logistics Manager, Operations & Tour Leader
Siska played professional hockey for four years, while studying a Sports Science degree, thereafter moved to the Netherlands where she continued her hockey career. Managing events and hospitality is something she enjoys and comes naturally. Since 2005, she has been involved with managing big sporting events, tours and festivals. She currently resides back in South Africa, managing all logistics and other aspects of events with a passion of making sure clients expectations are met at best. Jean-Sébastien Abbal - Logistics Coordinator, Europe & Tour Leader
Jean-Seb has held a great love for cycling from a young age when he took up club racing as a hobby. He continued to develop and improve as a rider through the ranks and turned his knowledge and skill into a passion for coaching others. He studied to become a qualified coach via the French Cycling Federation. To support his studies, he worked in a commercial role within the sport, combined with a fitness club. Jean-Seb has since had an extensive level of experience in the cycling travel world. He loves the new adventures that each tour brings, the fact that there’s always something different to look forward to and the satisfaction that comes with delivering an enjoyable tour to guests.